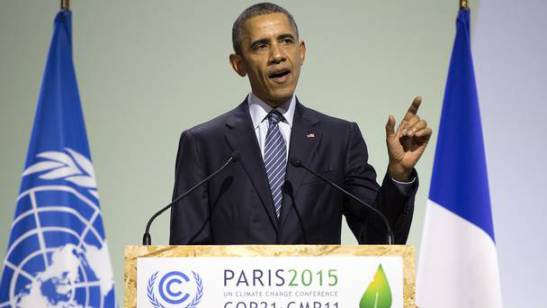 It’s uncanny how this works. Barack Obama says something about ending global warming, and the climate deniers come out of the woodwork.

Wow, why do the heathen rage?

… The Jihadis Next Door

Day Two: Authorities are still investigating details of a mass shooting Wednesday morning in San Bernardino, California at the Inland Regional Center, a facility for developmentally disabled adults. 14 people were killed and at least 17 injured in a conference room at the center, where county employees had been enjoying a holiday party. There appear to be two suspects, both Muslim, a husband-and-wife team named Syed Rezwan Farook, 28, and Tashfeen Malik, 27. Large portions of the city remain locked down.

By all accounts Syed Farook was living the American dream. He was born here, graduated college here, flew to Saudi Arabia to collect a suitable Muslim wife to bring here; they had a…