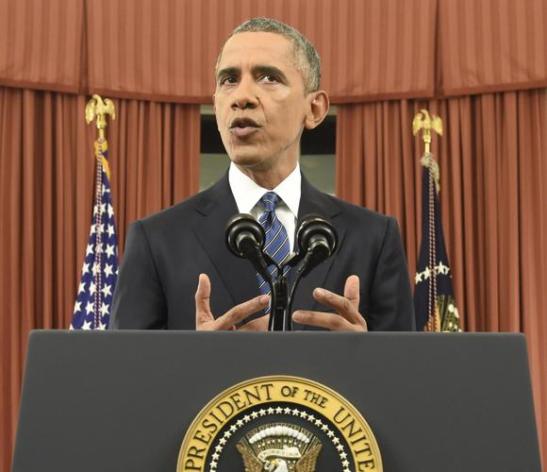 How many of you watched Obama’s Christmas firearms clearance sale last night? This will probably be the best year for sales since Colt invented the Peacemaker.

He did give us permission to say that the horrible attack on innocent Americans in San Bernardino last week was terrorism. So that was good. But then he got down to the real reason he broke up his Sunday evening to address the American people.

Take a moment and watch as President Obama monotonously drones out conveys the real message he wants us all to hear.

You guys all know not to point a firearm at someone unless you are going to use it, right?

And never to play with a loaded gun, right?

So much for the Barack Obama Nefarious Genius theory.

On behalf of American gun owners, thank you Barack Obama. You are single-handedly doing what it would take…