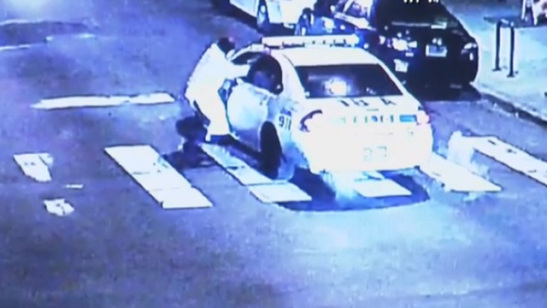 SCROLL DOWN FOR UPDATES

Hey, I’m a regular guy; deal with it.

Last night a Muslim tried to kill a cop in Philly and, surprise of surprises, authorities in Philadelphia actually mentioned the words “Muslim” and “terrorist” at their press conference statements.

Maybe even a few Democrats are finally getting it.

Officials said Friday that the gunman who tried to execute a Philadelphia police officer pledged allegiance to the terrorist group ISIS.

Philadelphia police made the comments at a news conference Friday afternoon. They also confirmed earlier reports that the suspect, identified as Edward Archer, confessed to committing the attack in the name of Islam.

Philadelphia Police Commissioner Richard Ross also said that the firearm used in the attack was a stolen police gun.

The gunman, who sources said was wearing Muslim garb and a mask, attempted to assassinate the Philadelphia police officer late Thursday, according to officials. [read it here

If a Muslim Shoots a Cop in the Street and Obama Isn’t Around to Hear It, Does It Make a Sound?