This is the latest post in what I half-jokingly call The Kimberlin Saga®.  If you are new to the story, that’s okay! Not everyone reads my blog.  The short version is that convicted terrorist Brett Kimberlin has been harassing me for over three years, his worst conduct being when he attempted to frame me for a crime.  I recognize that this might sound like an incredible claim, but I provide video and documentary evidence of that fact; in other words, you don’t have to believe my word.  You only have to believe your eyes.  Indeed, he sued me for saying this and lost on the issue of truth.  And more recently when his wife came to us claiming that this convicted terrorist had threatened her harm, we tried to help her leave him, and for that, he sued myself, John Hoge, Robert Stacy McCain and Ali Akbar for helping his wife and for calling him a pedophile.  He lost on the issue of truth.  He is also suing Hoge, Akbar, Dan Backer, DB Capital Strategies, Patrick “Patterico” Frey, Mandy Nagy (who is significantly incapacitated by a stroke), Lee Stranahan, the National Bloggers Club, and  others alleging that we are all in conspiracy to defame him because we reported factually about the spate of SWATtings committed against myself, Frey, Erickson and others.  So, if you are new to the story, go to this page and you’ll be able to catch up on what has been happening. 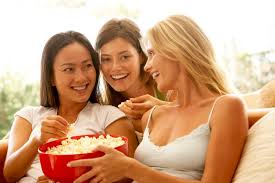 Now, dear reader, the last two posts on Brett Kimberlin (here and here) have been instances where a lot of catch up was needed.  I had to go back months in time to tell you what is happening.  This time, we can build off of events in, well, those last two posts.

For those just catching up, I am going to do a recap, sort of a “last time onLost,” moment.

To briefly recap, Brett first had a case against me that we call Kimberlin v. Walker, et al.  Basically it revolved primarily (but not exclusively) around allegations that Brett is a pedophile and issues like criminal charges that arose from that.  We went to trial on defamation and false light and won that case for the most substantive reason possible: truth.  Which means that from now on, Brett is not allowed to claim anyone has defamed him or placed him in a false light by calling him a pedophile at least as of August 12, 2014, even one that has practiced it in the past.  In my last post I discussed how he attempted to appeal his loss in that case and lost that appeal.

In the middle of all this, he started another suit I am currently calling Kimberlin v. National Bloggers Club, et al. claiming a bunch of causes of action but primarily revolving around claims that I put him in a false light by allegedly calling him a SWATter or implying that he was one.  If you are unfamiliar with that term “SWATter” or are unfamiliar with my SWATting, I would suggest you read this postdiscussing my experience.  You will also notice that I do not once accuse Mr. Kimberlin outside of court papers of being involved in that crime against me.

Oh, but I did do it in court.  I have previously shared my SLAPP motion, but one exhibit I didn’t share is the affidavit I filed with it as Exhibit V.  You can read the whole thing on Scribd (sans signature), here, but let me quote from the relevant passage.  After explaining that on June 25, 2012, my freedom of expression had been restored, I go on to state the following:

That evening, as I was writing about the day’s events, I was SWATted.  While I do not believe Mr. Kimberlin personally made the SWATting call, I believe that it was done at his command, out of anger at seeing my freedom of expression restored.

You can take that for whatever you think it is worth.  But bluntly that was the first time I had publicly accused Brett of SWATting me.  His claim that I had falsely stated he had done so was false; and the statement that I implied something is just not actionable.  Further, as Judge Mason has said in oral argument, simply pointing out a few facts that tend to make you suspect that Brett Kimberlin was involved in SWATting and stating the opinion that you think he might have been involved is not actionable.

Anyway, I moved to dismiss the case and I moved for a summary judgment.  You can read the order granting it, here.  I won’t bother to explain why dismissal was granted on some items because it is not vital to the story I am telling you now.  But the summary judgment was based on the concept of res judicata.  I am told it translates to “a thing adjudged” and it is a rule designed to see an end to litigation, which is like Brett Kimberlin’s kryptonite.

The best way to explain it, is that if you have disputes with someone, you need to bring all your disputes into one case.  So if Jane Doe breaches a contract with you and then as a bad coincidence hits your car with hers on a different occasion, if you sue her, you better sue her for both the breach of contract and the accident at the same time.  And if you don’t, then you waive whatever claims you didn’t bring in that first suit.

So what Judge Mason ruled was, in essence, that even if Brett has a rock solid case against me for calling him a SWATter (even though I didn’t actually call him one outside of court papers), he should have brought those claims in Kimberlin v. Walker, et al.  And, since he didn’t, he waived those claims.

But, Brett pleaded, that is based on Kimberlin v. Walker, et al. which is on appeal before the Court of Special Appeals as we speak!  He made that plea when opposing the motion for summary judgment and he has made it again, seeking a stay of the January 12, 2016, order essentially ending the case for me.  Here’s that motion for a stay:

I got that document just before Winter Storm Jonas dumped about two feet of global warming (i.e. snow) around my house and I spent a good amount of time while I was snowed in working on my opposition, which you can read here:

That was where I last left it, but you know what is about to be super-relevant: the Court of Special Appeals’ decision last Tuesday.  So on Wednesday morning I submitted the following to the court in Kimberlin v. National Bloggers Club (II):

Supplement to Opposition to Stay (Redaction)

Now, you can’t just submit a supplement without asking permission, so I also filed a motion for leave to file the same supplement.  I won’t embed it because it is very workaday, but you can read it here, if you are dying of curiosity.  One cannot predict with 100% accuracy what a judge will do, but I feel confident that Mason will allow the supplement or otherwise take notice of the Court of Special Appeals’ action.  I didn’t think the motion for a stay had much of a chance to begin with, but I am more than convinced now that it will be denied.

Read the rest at Allergic to Bull …