Regular readers know the deal with Fisking Sorkin.  On the TV show The Newsroom, an Aaron Sorkin character comes up with this gem: 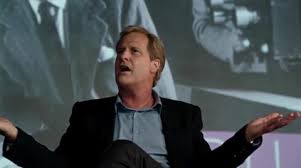 The world is crawling with freedom!

And with a straight face, you’re gonna tell students that America is so star-spangled awesome

that we’re the only ones in the world who have freedom? Canada has freedom. Japan has freedom. The UK, France, Italy, Germany, Spain, Australia, Belgium has freedom!

He goes on to say that more than 180 countries in the world have freedom.  We’re not that special.

Another story from Canada:

As CBC News reported, Mike Ward, a Montreal comedian was brought in front of a human rights tribunal to testify about a joke that he made regarding a teenager with a facial disfigurement. This ordeal has been going on for years with Ward’s recent testimony in…