Especially when he supports policies which support the importation of wolves in sheep’s clothing. 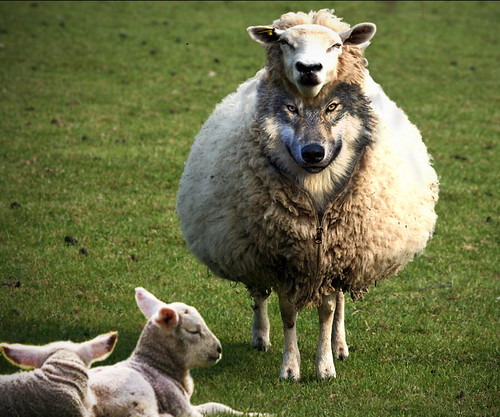 A secular article about recent attacks in Europe questions the Pope’s attitude toward Islam:

Pope Francis, whose liberal views on Muslim migrants are well known, condemned the atrocity. But The Pope is an enormously influential personality whose opinions carry extraordinary weight and persuasive moral authority. Yet he has inexplicably chosen to adopt a viewpoint that has Europe teetering on the brink and could very well lead to its demise.

It is a virtual certainty that many of the Muslim migrants are wolves in sheep’s clothing and are members of ISIS or otherwise harbor extremist Islamist views and are just one degree of separation from full-fledged murderers. Indeed, many of the recent attacks, including last year’s Paris attacks that claimed the lives of 130, were perpetrated by individuals who claimed refugee status and sought asylum.

Does a Shepherd Have an Obligation to the Sheep?