Thus did Western Man decide to abolish himself, creating his own boredom out of his own affluence, his own vulnerability out of his own strength, his own impotence out of his own erotomania, himself blowing the trumpet that brought the walls of his own city tumbling down, and having convinced himself that he was too numerous, labored with pill and scalpel and syringe to make himself fewer.

Until at last, having educated himself into imbecility, and polluted and drugged himself into stupefaction, he keeled over–a weary, battered old brontosaurus–and became extinct.”
― Malcolm Muggeridge, Vintage Muggeridge: Religion and Society

At Concordia University by way of Campus Reform:

“In an effort to help new students of color feel more adjusted and connected to the university, a pre-orientation session will be held on Saturday, August 27th from 4:00 P.M. to 5:30 P.M. in the music band room,” she writes. “All new students of color are expected to attend this meeting” (emphasis in original). 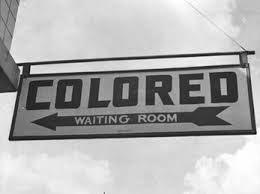 Chatman then goes on to elaborate that the purpose of the meeting is to introduce incoming students of color to the various resources and student organizations that are available “to ensure your involvement, satisfaction, and success during your years at [Concordia].”

In other Campus News, Yale President Has Appointed a Committee to Consider Name Changes on Campus Due to Historical Racism:

The charge of the Committee to Establish Principles on Renaming is to articulate a set of principles that can guide Yale in decisions about whether to remove a historical name from a building or other prominent structure or space on campus—principles that are enduring rather than specific to particular controversies.

One problem, though: Elihu Yale was a slave trader.

h/t The Skeptics Society and Michael Shermer/Twitter, and The Wall Street Journal

Rohini Sethi, the University of Houston (UH) student body vice president who denounced Black Lives Matter, has seen the sanctions against her removed.

Sethi posted “Forget #BlackLivesMatter; more like #AllLivesMatter” on Facebook hours after a gunman killed five police officers at a Black Lives Matter-inspired July protest in Dallas, Texas. Students, thinking that Sethi was ignoring racial inequities suffered in the black community, began using #RemoveRohini on Twitter, calling on student government officials to force her out of office.

UH president Shane Smith released a joint statement Friday with vice president Rohini Sethi, explaining that the sanctions may not have been allowed under student government rules, though Sethi agreed to punish herself, The Daily Cougar reports.

[I shifted some paragraphs around here. – Dave]

Read it at Campus Reform

Universities are run by the biggest liberals on the planet.  They claim to be smart. Of course since many have rejected God, I’ll ponder their wisdom.

153 years after the Emancipation Proclamation, these institutions are still stumbling around.  Should they treat all Americans alike?  Is it okay to invite only Latinos or only whites  to a school sponsored event?  Do names on buildings actually matter?  Do all lives actually matter?

21st century, and the best and brightest, the deepest thinkers, have no idea.

One thought on “Educated into Imbecility”