…He’s free to address sin in my life, but not my society or nation?

Alan Sears of the Alliance Defending Freedom, reporting on a Pew Poll: 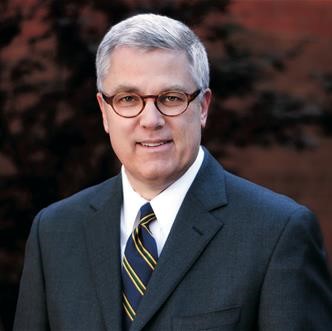 Only 40 percent of those responding to the poll said their pastor had referenced the importance of – or the growing threat to – religious liberty in America. Only 39 percent reported hearing a biblical perspective on homosexual and related behavior. And only 29 percent remembered their pastor saying a word about abortion.

Those results make for an interesting contrast with another Pew Researchers poll – one showing that three-fourths of the American public is concerned about the shrinking influence of religion on America life. And that nearly half of all Americans wish churches would take a more public stand on moral and political issues.

Not surprisingly, the polling data shows that those most eager to hear church’s address these issues are the people within the churches. In other words, for every parishioner who walks out murmuring “the pastor should mind his own business” … for every letter a pastor gets urging him to “keep your sermons out of the ballot box” … there are many, many others longing to know what the Bible has to say about these most pressing, controversial issues.

Where did we come upon the notion that God’s input and influence is restricted to certain aspects of our lives and culture – that He is not everywhere, all the time? That He’s free to address sin in my life, but not my society or nation?

I draw a very fine line on this, and please tell me if I’m wrong: The moral issues of the day in my country are a part of my ministry of pixels.  I’ll write, and do more to hold back what I think is an anti-freedom, anti-Christian movement to silince us in the public square.

I am not imposing my morality on others when I take a position in the public square which has been informed by my faith.  A generation ago, that statement would be obvious.

Additionally, I speak out against lawsuits, social media mobs and other actions designed to bully Christians into submission.  When a Christian is called a bigot, more often than not it is because a segment of our society has decided to stigmatize those who believe in God, morality and objective truth.

Some say Satan is behind it all.  Others say it’s just an atheist generation.  Others say evil is just a part of mankind, and it is growing in influence.  I say it should be opposed.  My God if free to address my sin, and my faith guides me to oppose the changes in my society and nation.

Yours in Christ, Dave Alexander